Bill Clothier, Clinton, was inducted into the Wisconsin State Fair Hall of Fame on Friday, August 7, 2015 during 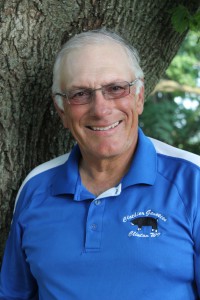 Each year, Wisconsin Pork Association recognizes an outstanding individual who has demonstrated a long time commitment to the Wisconsin State Fair in the open or junior shows, and to developing a quality breeding program, by inducting them into the Hall of Fame.

Bill grew up on his family’s farm in South Beloit, Illinois. He participated in 4-H and FFA throughout his youth, and upon graduating high school his interest in the hog industry continued to grow. Bill and his wife, Peggy, purchased their first farm in Clinton, WI and began raising and showing pigs. Bill purchased his first Durocs from Charles Schmaling and showed the breed until the late 1980’s. He then became interested in the Berkshire breed and for the last 28 years, Bill and his family have raised and shown “Berkshire gold” pigs.

Showing pigs and fair time has always been a special tradition for the Clothier family. Bill’s parents, Bob and Gerry, along with his sister, Cathy, were very fond of attending hog shows. Together, Bill and his son Jon operate Clothier Genetics and the family tradition of raising and showing Berkshire and Tamworth pigs continues to be enjoyed by the younger generations. Bill and his wife Peggy reside in Clinton and have seven children.