Schroeder to be Inducted into Wisconsin State Fair Hall of Fame

Hilman Schroeder’s career in the show ring began at age 13. His first experiences were with cattle, but he soon found a passion for swine, with particular interest in Yorkshire hogs. He started his own herd with two Yorkshire bred gilts and soon grew his herd with a goal to farrow over 300 litters each year.

Throughout the years, Hilman has earned recognition both in and out of the show ring. At age 18, he topped the National Barrow Show 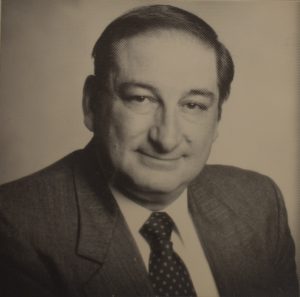 Carcass Contest. A few years later, he won every class of Yorkshires at the Wisconsin State Fair. For many years, he was well respected as a swine judge for state fairs throughout the Midwest. For his dedication and involvement in the swine industry, Hilman was named a Pork All-American in 1972 and received WPA’s Master Seedstock award in 1993, with many other state and national awards and recognitions in between.

Hilman was one of the first board members of the Wisconsin Pork Association and worked tirelessly to organize county groups in the state. He also helped create Wisconsin’s Pork Industry Fund, which continues to provide statewide support to swine research, producer education and programs for youth with an interest in Wisconsin’s pork industry.

Hilman and his wife, Judy, reside on the farm in Sauk City.